BUSINESS IN CYPRUS. The Cypriots are among the most prosperous people in the Mediterranean region. Internationally, Cyprus promotes its geographical location as a "bridge" between West and East, along with its educated English-speaking population, moderate local costs, good airline connections, and telecommunications.

Throughout the post-Independence period, Cyprus has had a record of successful economic performance, reflected in rapid growth, full employment conditions and external and internal stability. The underdeveloped economy, inherited from Colonial Rule in 1960, has been transformed into a modern economy, with dynamic services, industrial and agricultural sectors and advanced physical and social infrastructure.

Cyprus is classified among the high-income countries, it has a standard of living that is even higher than some other European Union member-states and the performance of the economy compares favourably with that of most other EU countries. Cyprus holds 16th place worldwide in terms of per capita income. The average annual rate of growth in the past five years was about 3.8%, while inflation stood at 2.9% and unemployment at 3.4% over that period.

Cyprus has the fourth-largest ship registry in the world, with 2,758 ships and 25.5 million gross registered tons (GRTs). It is an open registry and includes ships from more than 43 countries, including Greece, Germany, and Russia. 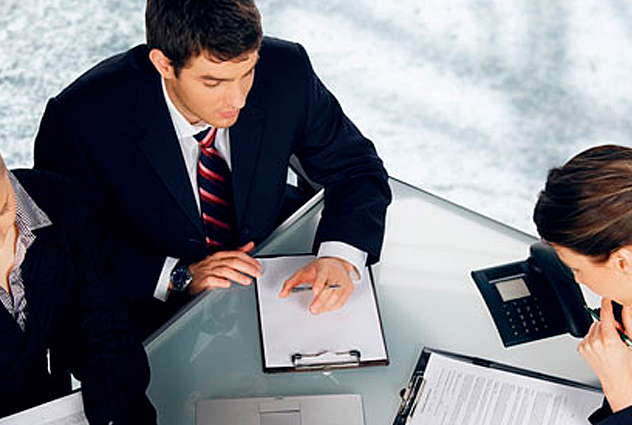 When it comes to buying property on the island, the procedure and formalities are straightforward (and particularly simple for European Union as well as for any other nationals). The choice of properties is vast and there are flexible financing schemes to make property acquisition even more tempting. Bank loans can be granted in all major European currencies including Euro, Swiss Francs, and Sterling.

It is not surprising that Cyprus has outranked many other southern European destinations as a desirable location for a second home or relocation, strongly challenging countries such as Spain in attracting foreign investment in its real estate industry. As demand continues to rise, the appreciation in property values is predicted to continue at a rate which makes investments on the island an appealing proposition.

A strategic position in Europe and in the Mediterranean Sea. By virtue of its strategic location in the Mediterranean Sea, Cyprus is at the crossroads of three continents linking Europe, Asia and Africa by land, sea and air serving as Europe’s Middle Eastern outpost. Upon membership into the European Union, Cyprus provides the perfect gateway for businesses to penetrate new markets affording easy access to 500 million consumers across the European Union, and  a further 270 million in Northern Africa and the Middle East.

A wide network of infrastructures. Companies deciding to invest in Cyprus can rely on a wide infrastructure network. Two international airports, a modern road network and multipurpose port facilities have long established Cyprus as a commercial, financial and business centre in the region.

Cyprus has two major ports. The Limassol port is a deep-sea port spanning 1.3 square kilometers and operations are underway to transform the Larnaca port into the second deep-sea port on the island. In and during 2007, 5466 ships called at Cyprus ports, culminating in 427 408 passenger arrivals and departures, 377 037 containers handled and 2 316 532 (metric tons-Net weighed) of containerized cargo handled. A third port, being a shipping terminal is located at Vasilikos, near Limassol.

Considerable investment has gone into transforming the island into a telecommunications hub for the region. Cyprus is connected to a number of advanced technology submarine cables which provide excellent connections to the world.

The banking system in Cyprus is aligned with European standards and policies. Local banks maintain an extensive network of branches in the most convenient locations across the island, while foreign banks are located in the city centres and focus on corporate services, with unlimited number of retail banking products. The banking system as a whole is modern and efficient, and communication as well as correspondence in English is taken for granted. Foreigners interested in acquiring property in Cyprus can apply to any major Cypriot or foreign bank for a loan in any major European currency. On 1 January 2008, the Euro (€) replaced the Cyprus Pound (CYP) as the island’s local currency.

The banking system in Cyprus closely follows the British pattern and is well developed and organized whilst being equipped with the latest technology in modern surroundings.

Investment Climate. Cyprus, a full EU member since May 1, 2004, has a liberal climate for investments. The sectors of niche tourism, energy, shipping, desalination and water management services offer excellent potential for inward investment. At the same time, the Government of Cyprus offers incentives in the field of research and technology. International companies may invest and establish business in Cyprus on equal terms with local investors in most sectors.

Foreign investors can register a company directly with the Registrar of Companies, and are eligible to obtain any license, if needed, from the appropriate authority depending on the nature of investment. Since October, 2004, the GOC has lifted most investment restrictions concerning non-EU residents, completing earlier reforms concerning EU residents. Specifically, the GOC has eliminated most capital restrictions and limits on foreign equity participation or ownership, thereby granting national treatment to investors outside the EU. Non-EU investors (both natural and legal persons) may now invest freely in Cyprus in most sectors, either directly or indirectly (including all types of portfolio investment in the Cyprus Stock Exchange). The only exceptions concern the acquisition of property and, to a lesser extent, ownership restrictions on investment in the sectors of tertiary education, mass media, banking and construction.

Under the new policy, there is no mandatory screening of foreign investment. Foreign investors can register a company directly at the Registrar of Companies through qualified accountants or lawyers, a procedure identical to that for local residents. Similarly, foreign investors may now acquire shares in an existing Cypriot company directly, without previous authorization by the Central Bank. They are expected, however, to inform the Registrar of Companies about any change in ownership status. Foreign investors are required to obtain all permits that may be necessary under Cypriot law to do business in Cyprus.

For example, they may need to obtain a municipal permit to set up a kiosk or abide by prevailing health standards to own and operate a catering company, etc. Furthermore, non-EU residents wishing to take up employment in Cyprus must obtain work permits issued by the Migration Department. In 2007, the GOC established the Cyprus Investment Promotion Agency (CIPA) tasked with attracting foreign investment, advising foreign investors, and providing assistance to them.

The CIPA operates as a private organization reporting to the Ministry of Commerce, Industry, and Tourism and works in tandem with the Foreign Investors Service Centre, under the same ministry. Through these two organizations, Cypriot authorities offer expedited processing by other GOC departments for larger projects (over USD 2.2 million) in line with country-sustainable growth, e.g. benefiting Cyprus’ economic development goals and objectives.