The new municipal market in Larnaka town centre will be completed later this year (i, unveiling an impressive new retail destination in the heart of the city that will offer a mixture of local elements and modern services. The large, two-storey structu

Cyprus to reopen airports with a colour-coded health risk assessment from March 1 .

Cyprus plans to reopen its airports with a colour-coded health risk assessment from March 1, applicable to travellers from its main tourism markets and the European Union. The Mediterranean island has adopted a traffic light system for EU member states an

Currently the Government of Cyprus is drafting new immigration legislation. It stipulates among other things, that third-country nationals residing permanently in Cyprus will be able to obtain residence permit in the European Union. All relevant information in this regard can be found in a document called the EU Council Directive number 2003/109/EC. The document also contains instructions for the EU Member states regarding application of the Directive. There is also a special document, a bulletin issued by the Cyprus International Business Association (CIBA), which explains many nuances of the application of the EU Directive.

The Directive applies to third-country nationals. This category is applicable to all non-citizens of the EU Member states, however those legally residing in its territory. This category does not include non-resident students, interns, asylum seekers, refugees living in the country – EU Member state. Seasonal workers, home workers, diplomats (i.e., all those living in the country temporarily) are not subject to this Directive.

The duration of stay:

The residence permit is granted by the EU Member state to third-country nationals, who have already resided in the country legally and constantly (continuously) over five years prior to the application. Whether the applicant was absent from the country, each period of his absence should not be more than 6 months, and the overall period of absence must not exceed 10 months. Any individual seeking to receive a long-term residence permit should prove this fact (i.e. that in the period of 5 years, he or she has not been absent from the country for more than 10 months overall, and that each time it was short leave, not exceeding six months). 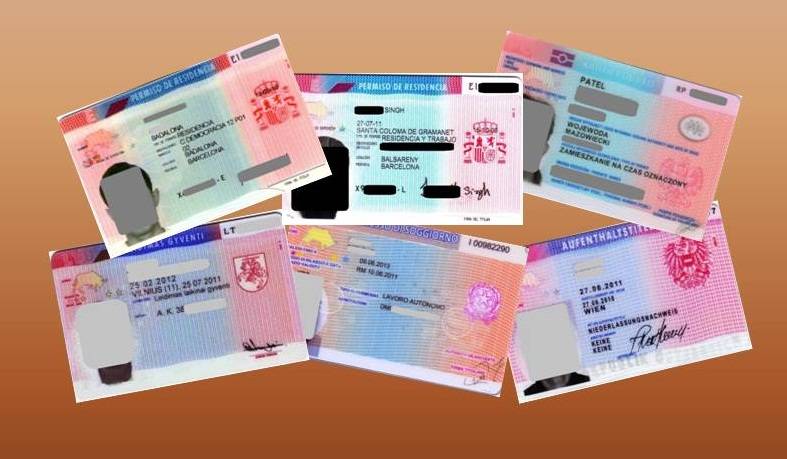 There are exceptional cases when an EU Member state (in compliance with its national legislation) can allow for a longer period of leave from country.

Those interested in obtaining a long-term residence permit in the EU must provide proof that they have a steady income. The income must be sufficient to ensure the applicant’s and his or her family living standards when they do not have to turn to the state for social assistance. The applicant also must poses a medical insurance (as well as members of his or her family). It is also possible that the state requires applicant’s compliance with the conditions of integration into local community. These requirements differ depending on national legislation. For instance, it could be passing tests on knowledge of the national language, history and laws of the country and so on.

In order to receive a long-term residence permit the seeker has to submit an application form to the authorities of the EU Member state (a country of residence). Documents confirming compliance with the requirements set out in the Directive should be attached to the application. In addition to these documents, the applicant must provide a valid passport (or a certified copy thereof), documents confirming the fact of property ownership, property rent contract, and the like.

The authorities consider application and render decision within six months. This period can be delayed in exceptional cases only (for instance, when verification of documents is difficult).
When the applicant meets all the requirements and does represent threat to public security the local authorities grant him or her the EU residence permit. This is done without any further discussions or interviews. In the case of refusal the authorities are obliged to provide with arguments and explain the reasons behind the rejection of the application. In addition, they must notify the applicant of the date and procedure for filing an appeal securing the right of the applicant to appeal the decision.

However, a permanent resident can be deprived of the status. This will happen in the following circumstances.

• It became clear that the status was given based on false documents or statements.
• A resident was absent from the EU for one year (12 continuous months). Exceptions could be made in this case for several reasons.
• A resident started representing threat to public security.
Permanent residents have equal rights with the citizens of the EU Member states in the following areas:

Some restrictions could be imposed in terms of doing business (defined types). For instance, it includes cases when local legislation restricts certain types of activities to EU citizens only. There are also cases when government restricts access of residents (having a long-term residence permit) to social benefits.

When a permanent resident can be deported from the country of residence? This is an exceptional measure applied only on condition that he or she threatens security and public order. There are no other valid reasons. If a resident disagrees with the decision of the authorities, regarding deportation, he or she has a right to appeal the decision with the assistance of a lawyer. Therefore residents are protected from unlawful deportation.

A permanent resident of any EU country also has the right to live in any other EU country, in case he or she finds employment there or does own business or is enrolled in studies. When the holder of the EU long-term residence permit moves from one country to another, within three months upon arrival, he or she should apply to a state institution of this country which will issue a long-term residence permit.

The Immigration Authority of the country of arrival of the resident may require submitting complete application package again, including all the documents mentioned above (confirmation of a steady income, insurance, etc).

Holder of a long-term residency permit has the right to take his or her family along while moving to another EU country (if family members lived with him or her previously in the EU country and if they meet all the entry requirements put forward by the government). When family members refused entry on these grounds they can apply rules set by the EU Council Directive 2003/86/EC of 22 September 2003, which reflects the right to family reunification.

A state can refuse the long-term residence permit if the applicant or his/her family members carry diseases dangerous to society. The list of diseases thatgive sufficient grounds for rejection is defined by the World Health Organization. This mainly concerns infectious diseases caused by parasites.

In order to ensure applicant’s health the authorities of the country of entry may require him or her to undergo a medical examination. At the same time, medical examination of applicants is not a rule, the government may set this requirement in exceptional cases only.

Legislation of all EU Member states is brought to compliance with the requirements of EU Directive and the Directive itself entered into legal force on 23 January 2006.

LONG TERM RESIDENCE PERMIT. Immigration authorities of Cyprus have taken a number of decisions on "flexible" issues of the Directive. To gain permanent residence in Cyprus, applicants must:

•pass an integration course (knowledge of history and laws of Cyprus);
•demonstrate knowledge of the Greek language;
•undergo a medical examination.

The issue on the EU long-term residence permit, is incorporated into the new migration legislation in Cyprus.